Women, objects of desire and artifice 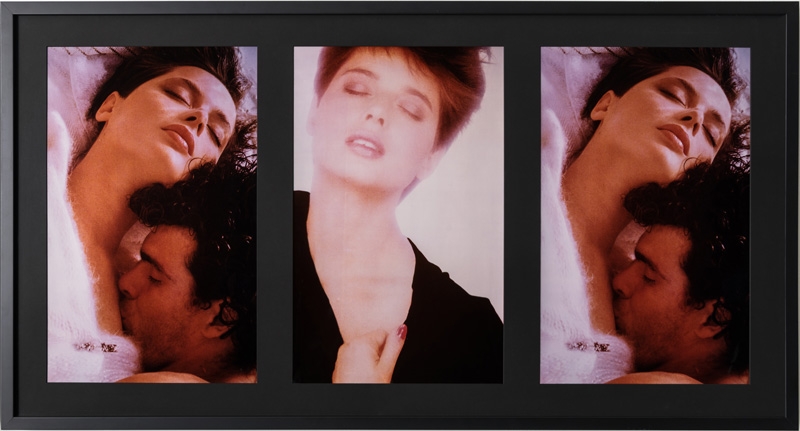 In the years leading up to 1984, Canadian artist Vikky Alexander’s confrontational works probed how the post-feminist backlash turned the hope of women’s liberation into Orwellian freedom-as-slavery. This focused presentation of Alexander’s work at Downs & Ross—the merger of two Lower East Side galleries formerly known as Tomorrow and Hester—includes seven framed, photo-based pieces from the early ’80s. Alexander’s compositions enlarge, repeat, and syntagmatically reshuffle advertising imagery of women in order to reveal its complexity and strangeness. In the pictures Alexander appropriates, the female beauty ideal on offer is the one favored in the ’80s, the period of our current president’s real-estate heyday: coiffed hair, unnatural makeup, big jewelry, spiked heels. It’s an exaggerated version of femininity that promises a circulation of value between the symbolic capital of images, sex appeal, and economic capital—provided, of course, that one can afford to buy in.

Little known today in New York, Alexander arrived in the city in her early twenties, after graduating from the Nova Scotia College of Art and Design. She was associated with the Pictures Generation, though she is a half generation younger than those artists. Her work was in dialogue with artists like Richard Prince, who also re-photographed advertisements. But as Karen Archey’s press release argues, Alexander is more aptly considered alongside the “allegorical procedures” of feminists like Dara Birnbaum and Martha Rosler. Like these artists, Alexander considers how gendered desire, including her own, operates in the consumption of images. 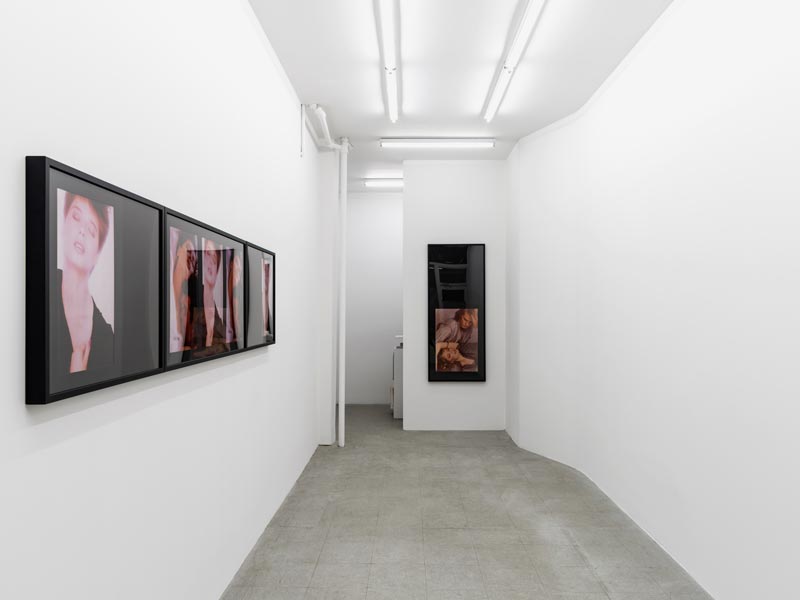 Visible from the window of Downs & Ross’s Eldridge Street location, the horizontal photomontage Ecstasy (1982)—a reference to Bernini’s Ecstasy of St. Teresa—appears like a lifesize film strip, framed in glossy Plexiglas. It includes two different ad-campaign images of a young Isabella Rossellini posing orgasmically in high-end sweaters. The pictures are repeated and interspersed with blank sections of black matting. In one image, Rossellini tugs at her black V-neck, eyes closed with her head rolling back. Another shows her in a white angora sweater, a man’s head nestled at her breast. Black panels between the scenes of Rossellini alone and coupled insinuate a masturbatory fantasy sequence, and the “little death” (as they say in French literature) of climax. But the fantasy could equally be about inhabiting Rossellini’s position as an object of desire, with one’s visage reflected in the glass over the black panel-as-mirror. Adding to the photos’ erotic charge is Rossellini’s flushed skin in the black sweater. In fact, the pinkish color is due to a reflection from Rossellini’s sweater—originally red—which Alexander altered to black.

Pieta (1981) demands a similar process of identification. In this piece, Alexander inserts a re-photographed ad of a blond woman laying in the lap of a blond man at the base of an insistently vertical, black-matted framed composition, 65 inches tall. One can see their own reflection imposed over either model’s face. 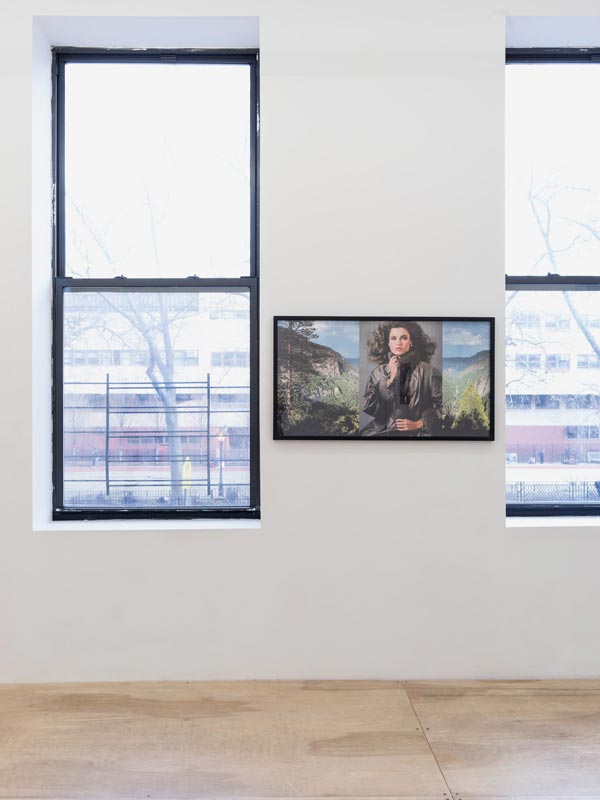 Among the artists grouped under the Pictures Generation label, few addressed how racial stereotypes were packaged and consumed—a blind spot that is all the more puzzling today. While Alexander’s work doesn’t exactly forefront race, it critically addresses the status of white womanhood. Yosemite and Portage Glacier (both 1982), feature images of stylish white models horizontally spliced between calendar pictures of unspoiled nature. In Portage Glacier, a Grace Kelly-esque figure shot in black-and-white appears between views of an icy mountain. Yosemite shows a big-haired glamazon in a coat of fur and satin, or artificial fabrics masquerading as such. It’s difficult to parse out the pedigree of materials in Alexander’s consistently grainy images, which reveal her lo-fi techniques. Here, the imperfect image quality reveals the constructed artifice of race, femininity, and “nature,” despite the fact that these notions are aspirational and fetishized. Yosemite‘s installation, on a narrow wall in the Hester Street space between wide windows, reinforces this irony. The viewer cannot take in Yosemite without seeing the real-life space beyond it, of a clay soccer field behind an urban school.

Entertainment (1983), also in the Hester Street space, telegraphs an even more urgent message about capitulation to patriarchy. This work breaks apart an image of a standing, spiky-banged blonde into a framed horizontal sequence of upper thighs, upper body, and lower legs. Read left to right, the model’s thigh appears pressed into her back, her face looks out to the viewer, and to the right, we see her spread calves. In bold black letters, ENTERTAINMENT is printed on the glass frame. The message Alexander sends is clear: The model is compromising herself, even as she markets availability as power. Today, many people—not least the 53% of white women who voted for Trump—are still fucking themselves over for the comforts of protection under patriarchy. Alexander’s work reminds us that just as images of passive women eternally return, so must the impulse to rewrite their meanings.